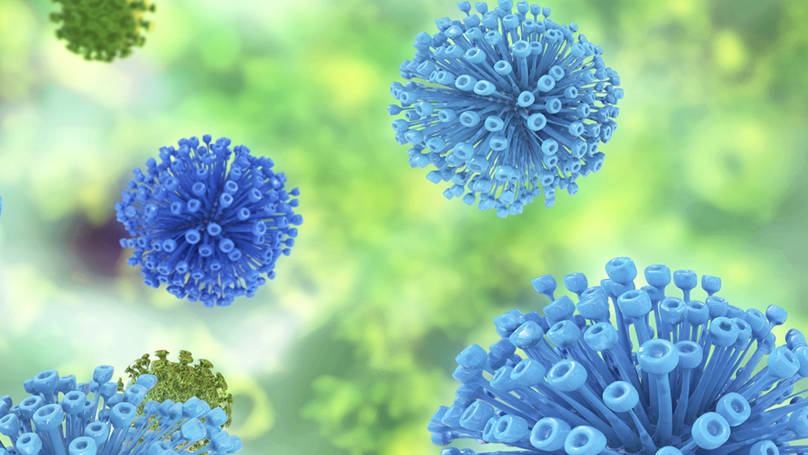 The availability of combination antiretroviral therapies that inhibit HIV replication in cells and robustly reduce plasma viremia means that HIV infections are survivable rather than fatal. Nevertheless AIDS remains incurable, because the HIV-1 provirus can permanently integrate itself into the host genome, providing a persistent reservoir of reactivatible and reinfectious virus. Newer genome editing tools are changing this scenario by evicting latent viral DNA camouflaged in patients’ own genomes.

Conventional gene therapy approaches have involved introducing anti-HIV genes into cells using randomly integrating viral vectors. Newer genome editing technologies based on engineered nucleases have allowed more precise genetic manipulations. With CRISPR/Cas9, it is possible to target specific sequences within the HIV-1 proviral genome that when removed can suppress viral gene expression or replication or to immunize uninfected cells against HIV-1 infection.  It may be possible, too, to completely excise integrated HIV provirus from infected genomes and prevent its reintegration.

Using CRISPR technologies CD4+ T cells have been engineered to express a variety of anti-HIV genes to protect them from infection or to slow down virus propagation either early or late in the viral lifecycle. Preventing HIV entry into T cells is an attractive strategy because it blocks virus propagation at the earliest stages and prevents creating a CD4+ T cells that carry integrated proviruses.

Because CCR5 is the co-receptor used by the majority of HIV strains to enter cells, eliminating its expression results in potent anti-HIV protection. Several genome editing methods (ZNF, TALEN and CRISPR/Cas9) to disrupt the CCR5 gene in CD4+ T cells have been tested as potential treatments for HIV. Experimental therapies involving the genetic manipulation of patients’ T cells ex vivo are paving the way by turning HIV-susceptible T cells into HIV resistant cells. Adoptive cellular therapies could facilitate a functional cure by using these ex vivo-engineered HIV-resistant T cells to replace a patient’s endogenous, HIV-1–infected T cells, or to redirect HIV-1–specific immune responses, either singly or in combination with other strategies designed to evict latent viral DNA hiding in patient’s genome.

Indeed, human T cells equipped with a Cas9 protein, together with specific sequences of RNA that guide the enzyme to a particular sequence in the HIV genome, can find, cut, and cripple the invader’s genome. At least half a dozen papers over the past three years have explored using this editing technique to combat HIV. This approach is not as simple as it sounds, however, due to the virus’s insidious ability to quickly mutate and escape from being pulled out from the human genome. Experts think that this limitation may be tackled by inactivating several essential HIV genes at once, or by using CRISPR in combination with HIV-attacking drugs.

With new research tools at hand, scientists are coming closer to beating AIDS with a combination of powerful antiretroviral therapies that block specific steps in the virus life cycle and creative ways to use new genome editing tools to disarm reservoirs of latently infected immune cells. These developments are fueling optimism among more than 36 million people living with HIV worldwide.