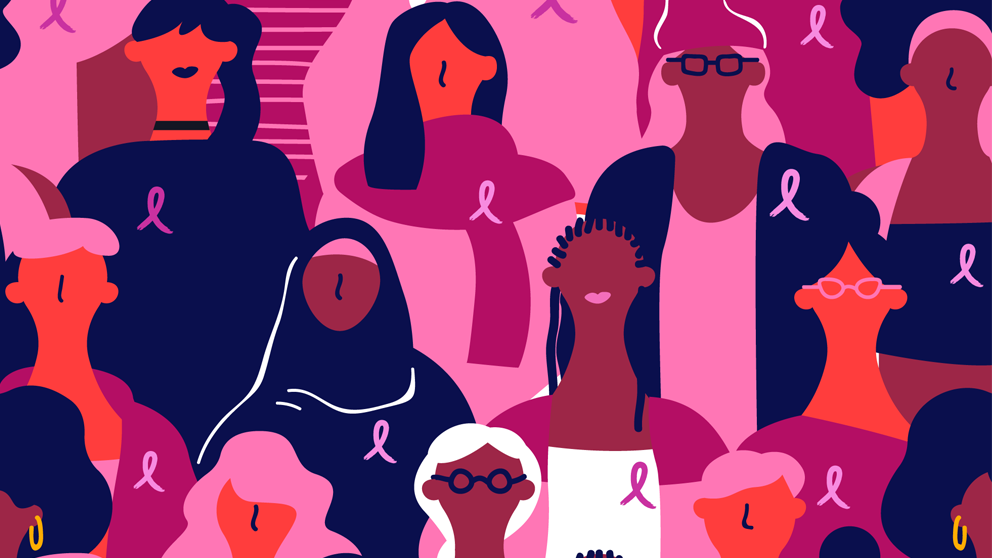 Frustrated about lack of actionable results in genetic testing

Donna is a 60-year-old Black woman with a personal history of breast cancer, diagnosed at age 49. Her oncologist recommended she consider genetic testing at the time. However, when she met with a genetic counselor she was not able to access testing. On reviewing her family cancer history, Donna stated that her parents had no cancer history, and therefore she did not meet insurance criteria for coverage. However, she did not know her paternal relatives’ medical history.

Her primary care doctor recently noted that Donna did not have genetic testing and recognized that there have been several changes to testing in the decade since her diagnosis, so Donna might wish to revisit it. Although frustrated with her past experience, Donna agreed. During genetic counseling, the counselor recognized that the pathology of Donna’s cancer was triple negative breast cancer, meaning she now met criteria for coverage based on her personal history alone. After discussing the benefits and limitations of genetic testing, Donna decided to proceed. Her test results came back with a variant of uncertain significance (VUS) in the BRCA1 gene. No clinical action could be taken on this finding. Again, Donna felt frustrated because even with her persistence, she still did not have any actionable information about her future cancer risks.

“If we are not cognizant that inequities in genomic information exist between various groups, we may inadvertently exacerbate disparities. ”

Donna’s story is a common one, people of color experiencing health disparities. But in the case of genomics, it includes not just disparities in access and quality but also an information disparity.  Predominantly, data has been collected through testing and research participation of people with European ancestry, so that knowledge of specific variants and frequency of variants in other populations is limited. When people of non-European ancestry have genetic testing, variants detected are therefore more likely to be reported as variants of uncertain clinical significance (VUS).  This means that interpreting the relationship of the variant to disease isn't possible.  A VUS could turn out to be important medically: a pathogenic variant much more prevalent in a certain race or ethnic group, or it could be determined to be a benign allele commonly carried by individuals in that group. Disease risk prediction, therefore, is much less accurate.

Hereditary cancer tests may be less informative for some populations

Providers who order hereditary cancer tests might not realize that the results may be less informative for some of their patients. We are only just beginning to understand the differences between human genomes. For example, in 2017, the National Human Genome Research Institute and European Bioinformatics Institute’s (NHGRI-EBI) catalog of genome-wide association studies (GWAS), where variants are studied for their association with disease, revealed a gross lack of diversity in the populations represented.1 Only 19% of participants studied were of non-European ancestry. While this proportion was an improvement since a 2009 analysis2 which showed 4% of samples were from participants of non-European ancestry, diversification has been primarily through engagement of Asian populations participating in regional studies.3

We spoke with Altovise Ewing, PhD, LCGC, Health Equity Strategist and Senior Science Lead at Genentech, to better understand the impact of this lack of diversity on patients and their families. She told us that “if we are not cognizant that inequities in genomic information exist between various groups, we may inadvertently exacerbate disparities.” If healthcare providers are not aware of the current limitations in interpreting test results, then people of diverse racial, ethnic and ancestral backgrounds will not have equitable access to genomic care. Precision medicine, personalized healthcare, and the promise of genomic medicine will be missed opportunities for many patients.

In Donna’s case, was there a missed opportunity to better understand the science of breast cancer, such as the impact of the variant of uncertain significance detected by her testing? Until we improve the genomic evidence-base and more is understood about variants discovered for people of color, the benefits of interventions proven to reduce morbidity and mortality of disease will not benefit everyone. Further, relatives typically are not offered testing when a VUS reported, which means there is also a lost opportunity to identify individuals who are at-risk for developing disease. How many others may be affected with a diagnosis before that VUS is better understood?

Altovise says she has observed a concerning cycle. The lack of representation in research leads to downstream effects in the clinic. Patients and their families receiving a VUS result should have the opportunity, and be encouraged, to join VUS studies. “Connecting the dots for patients between research and clinic” she says, “is important because continued research will improve and refine our knowledge.”

What does “health equity” mean to Altovise? “Providing each person and population with the opportunity to participate in genetic and genomic research. Disclosing limitations of our genetic information today and talk about why this exists. Opening the door to engage in research, and pursuing services that may be more precisely tailored to meet their healthcare needs, all to reach optimal health outcomes for every patient and every population.”
Many of the larger research projects are striving for equity in genomic data. One of the primary goals of the NIH’s All of Us research program, for example, is to recruit diverse participants, striving to build “one of the most diverse health databases in history.”

Diversity is needed in participants and principle investigators

Altovise says it is also crucial to consider who is doing the research. Not only do we need diversity of research participants, but we also need to include principle investigators from underrepresented groups to be intellectual contributors forming the hypotheses that direct research. This would place value on the diversity of thought across the research continuum. She asks if we are ensuring that we partner with community-based organizations and thought leaders who understand the potential biases and limitations of the research. Is the program following a participatory-research based model? Not long ago, patients who enrolled in studies had limited, if any, access to the data generated by a study. This is changing for the better, a positive change because it helps to build trust, and generate buy-in and valuing of research. This bidirectional exchange of information is a key component in programs like All of Us.

“We have to get used to conducting science in a different way,” Altovise told us. “In some instances, we need to disregard scientific convention simply because it is convenient. The reality is that many of our customary scientific practices have contributed to and exacerbated inequities.” We need to value the contributions and data from underrepresented populations so it can be used, in real time, to manage the healthcare journey. We cannot always wait for genomic studies to reach a certain “n,” or statistical power, to conduct analyses. We have to innovate now in order to generate benefits for all patients today. In a recent publication, she described improving inclusivity in genetic research as “disrupting disparity by design (Cell Press, 1/2021).”

Perhaps enough people of Black / African ancestry will participate in genomic research so that in a few years Donna will get an answer regarding the BRCA1 VUS in her hereditary cancer report. Whether reclassified to positive or negative, this will help her determine next steps in her care, and potentially for her relatives as well.

Looking ahead, say five or ten years in the future, Altovise is optimistic. Her vision is that “it is inevitable that our understanding will improve and expand, and hopefully in a way that decreases or even eliminates disparities.” She continues, “This will not happen overnight, but gradually we will make progress so that, through the collaborative efforts of the many stakeholders, everyone can truly benefit from genomic medicine.”