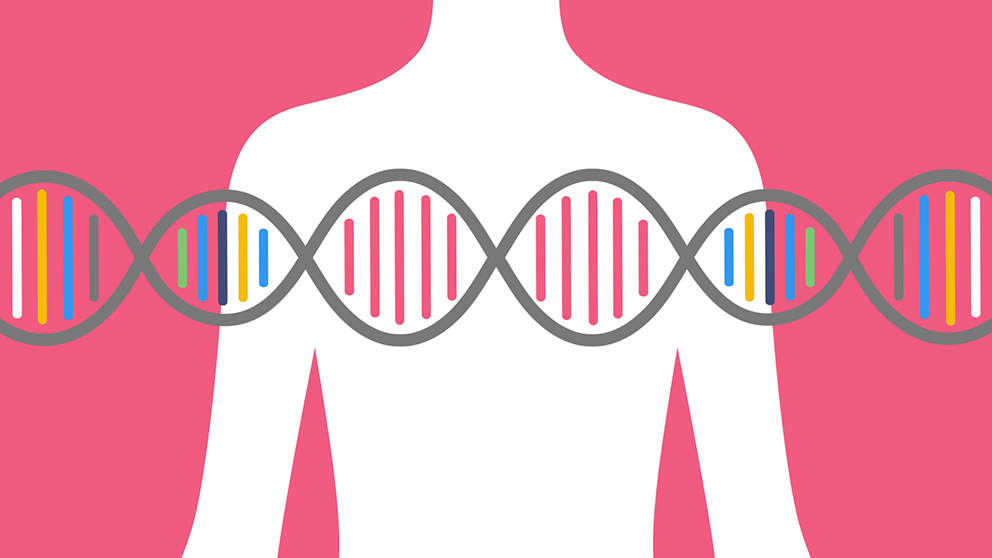 Julia is a woman in her early 20s establishing care in your practice. During the course of your conversation, she tells you that she recently did an at-home ancestry test and was surprised when it showed 25% Ashkenazi Jewish (AJ) ancestry. She isn’t sure what the term “Ashkenazi” means, but she has heard of a link between Jewish ancestry and breast cancer, and wants to know if she is at increased risk.

Just what is this link, and when is genetic testing right for such a patient?

To learn more, we spoke with Peggy Cottrell, a genetic counselor at Sharsheret, a non-profit organization that provides support and education about living with or being at risk for breast and ovarian cancer. Established in 2001 with the mission to support young Jewish women, Sharsheret’s activities have expanded over the years to include both men and women of all backgrounds.

What is the increased cancer risk for those with Jewish ancestry?
Hereditary Breast and Ovarian Cancer (HBOC) syndrome is a genetic condition associated with a predisposition for certain types of cancer due to pathogenic variants, or mutations, in the BRCA1 or BRCA2 genes. Men and women are at risk of HBOC based on the presence of certain cancers in their family, such as early onset breast cancer, ovarian, pancreatic or aggressive prostate cancers.

Jewish families, in particular, are at risk because of founder mutations in the BRCA genes. Founder mutations are changes that can be traced to a small group of individuals isolated centuries earlier by geographic and cultural factors. These particular mutations are present at a much higher frequency than in the general population: one in 40 Ashkenazi Jewish individuals versus one in 400 people in the general population carry a mutation in BRCA1 or BRCA2.

What is Ashkenazi Jewish ancestry?
Individuals whose Jewish relatives come from Eastern Europe are known as Ashkenazim. Until recently, for the purposes of determining who met criteria for coverage of genetic testing, Ashkenazi Jewish (AJ) ancestry was considered having four Jewish grandparents. Recent guidelines now suggest that genetic testing may be offered to individuals with partial AJ ancestry, such as a single grandparent.

Certain genetic testing data itself may also identify Ashkenazi Jewish ancestry. An increasing number of people are learning about previously unknown ancestry through direct-to-consumer genomic testing such as in Julia’s case above. Examination of small variations within the genome can provide information about where a person’s ancestors were from, because certain patterns of these variations are often shared among people of similar backgrounds.
Learning about ancestry that is different from one’s expectations can be exciting or distressing, depending on the context. Such information can lead individuals to question what was known about family relationships, as well. Peggy Cottrell recalled such a case they received through the call center at Sharsheret. A woman believed she had Italian ancestry, but her direct-to-consumer report showed 50% AJ ancestry. It turned out to be a case of non-paternity; her biological father was Jewish and did have a significant cancer family history. Sharsheret has several social workers and a genetic counselor on staff to help support callers with unexpected findings like this.

Who should consider genetic testing for breast and ovarian cancer risk?

The traditional approach to testing those of AJ ancestry is under debate, with some experts calling for testing all AJ individuals and others advocating for further research to inform any changes in testing criteria.

“I know we save lives through genetic testing,” Peggy says. “The data backs this up. We are aware of the studies on population screening, and believe more information is needed before it becomes standard practice.”

For the past few decades, genetic providers and researchers have recognized the importance of the three BRCA founder mutations and were able to test specifically for them in individuals at risk, defined as having Ashkenazi ancestry and a personal or family history of breast and/or ovarian cancer. Over time, testing became more comprehensive. New panel tests included more genes that increase the risk for breast and other cancers.

Fast forward to now, where prices for these multigene cancer panels have dropped precipitously, individuals can easily access their genetic and ancestry information, and national guidelines are updated frequently in an effort to keep up with rapid changes in knowledge. How can a provider know when genetic testing or referral to a genetic specialist is indicated?

National guidelines, such as those updated recently by the National Comprehensive Cancer Network®(NCCN), increasingly incorporate specific approaches for individuals with AJ ancestry, including expanding the definition of what AJ ancestry entails. A new section of the guidelines discusses when genetic testing may be considered. This includes consideration of testing in unaffected Ashkenazi Jewish individuals regardless of personal or family history, and defines this ethnicity based on having at least one AJ grandparent. NCCN recommends that unaffected individuals receive testing for the three founder mutations within a research study, if possible, for high-penetrance breast and/or ovarian cancer susceptibility genes.

Peggy told us how the convergence of updated guidelines and greater access to genetic information led to an interesting national study. The BRCA Founder Outreach (BFOR) study was designed to answer questions such as what constitutes AJ ancestry and what happens if we conduct population screening for the BRCA founder mutations? Participants include people with at least one Ashkenazi Jewish grandparent and without a family history significant enough to meet testing criteria by current guidelines. The study is accessed online, has a pre-test counseling component, and seeks to engage the participant’s own primary care provider. Positive results are followed up with a genetic counseling appointment at a partnering medical center. Once findings are published, she said, we will have more data to support any recommendations for AJ population screening.

When further questioned about offering testing to the entire AJ population, Peggy said she hesitates to say that all individuals should get tested for the founder mutations. This is because such a specific test may miss other pathogenic variants. Multigene panels have the advantage of providing broader information at similar cost. She recalled a caller whose relative tested negative for the three mutations. When evaluating risk for this caller and her children, it came out that the caller’s mother-in-law died in her 50s of pancreatic cancer. Peggy would not recommend founder mutation testing for the caller’s husband, also Jewish, because he met NCCN testing criteria for comprehensive genetic testing. A multigene panel was indicated based on his family history.

There are also some very low risk individuals. Someone without known Jewish ancestry and no concerning family cancer history may discover a small percentage of Ashkenazi ancestry through ancestry testing. The chance of discovering one of the founder mutations in this scenario is vanishingly low. Therefore, she said, genetic testing decisions are about finding that sweet spot. Almost always, she wouldn’t recommend anything without first looking at the family tree.

In my small world, Peggy says, where most callers have that one in 40 risk regardless of family history, the testing is available to them even if not always covered by insurance. She recognizes the clear benefit of identifying individuals with HBOC and reducing the morbidity of cancer through more intensive management. She cautions that even with this clear benefit, we have to be careful not to oversell the positives. There can be downsides, such as misunderstanding residual risk after a negative result.  And, she points out, anyone still has a chance of getting breast cancer regardless of genetic test results. Continuing with mammograms, and possibly more intensive screening based on risk factors, is still important after a negative result.

What should providers do?
Peggy advises that the one thing that will make the biggest impact is for providers to keep in mind the tenfold risk of Hereditary Breast and Ovarian Cancer syndrome, one in 40, in the Ashkenazi Jewish population. Asking about ancestry when taking a cancer family history is crucial to not missing individuals with this risk.

Currently, there is no definitive guidance for how to define Ashkenazi Jewish ancestry, so for patients like Julia, who may fall into the increased risk category based on an ancestry test, engaging in shared decision-making about testing, enlisting resources through organizations such as Sharsheret, and working with genetic providers can help patients make informed decisions about engaging in hereditary cancer testing.